If you’ve ever discussed your sleep habits with someone before, you’ve probably walked away from the conversation with the diagnosis of “early bird” or “night owl.” These terms get tossed around quite frequently, with “early bird” going to those who function best in the earlier hours of the day and “night owl” referring to those who prefer to work later.
However, have you ever heard the labels “lion,” “bear,” “wolf,” and “dolphin”? These four animals are used to represent what professionals now refer to as the four sleep chronotypes. A chronotype, as defined by the Sleep Foundation, is “the natural inclination of your body to sleep at a certain time.” While the two genres of chronotype we hear about most often are morningness (early bird) and eveningness (night owl), the truth is that most people lie somewhere in between the two.

Lion chronotypes are what we most likely call “early birds.” They tend to wake up early in the morning, typically between 5 and 6 am and go to bed by 10 pm. While most people fall into the Bear chronotype, getting a slightly later start to the day, Lions are most efficient in the early hours. If you’re a Lion, try to avoid maintaining a more “normal” 9 to 5 schedule and instead aim for something closer along the lines of 7 am to 3 pm. Knock out your most important tasks at the beginning of your routine and use the middle of the day to communicate with your clients and coworkers. Once you log off to get some well-earned rest, lean on VoiceNation’s after-hours answering service to cover any calls you may receive from those who prefer late-night working.

Bear chronotypes are the most common of the four — about 50% of the population falls into this chronotype. Bears work best in the 9 to 5 schedule that most jobs adhere to, and therefore benefit from the ability to work at their peak productivity levels during the “default” workday. However, Bear chronotypes are also heavily impacted by the rise/fall of the sun, meaning that these hours will shrink in the fall/winter and grow during the spring/summer. During the off-season months, try to offset a bit of the heavy lifting you may take on from March through August by outsourcing some of your busy work.

Wolf chronotypes are far less common than Bears and often find their peak productivity hours later in the day. If possible, wolves should skip the mid-morning meeting and aim for midday to evening work schedule. While you take on your customers’ late-night concerns, use 24/7 live answering with VoiceNation to cover the early morning shift.

Dolphin chronotypes are the rarest of the four sleep chronotypes. Dolphins tend to have irregular sleeping patterns and can struggle both with going to sleep and with waking up. Because neither early morning nor late afternoon work windows are ideal, it’s incredibly important that Dolphins fit as much as they can into their prime window of 10 am to 2 pm. With work knocked out in these hours, you’ll have far more flexibility to create a work-life balance that fits with your unique sleeping habits. 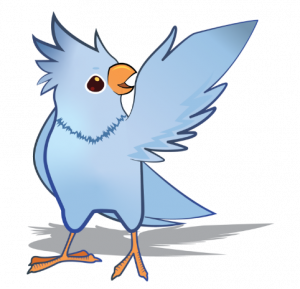 No matter what your sleep chronotype is, VoiceNation is here to work with your individual timing needs. If you struggle with after-hours work, our after-hours call service can take care of your late-night requests. If nighttime productivity is more your speed, we have 24/7 live answering to cover your morning calls. We also have live chat services available for those who may be on during the usual 9 to 5 workday but need a little extra support during their mid-afternoon energy dips.
Avoid having to choose between automated messaging and ignoring clients with our ever-available, always professional live answering service. Trust us, your sleep schedule will thank you!