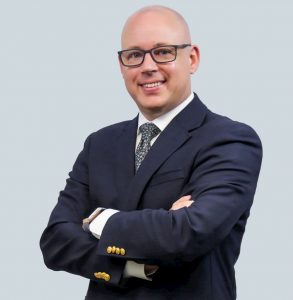 In 1994 Mr. Reeder founded his first successful company, Revox, developing high-end voice platforms for telephone companies. This was followed by Atlanta Voicemail, VoicePlus, Buzzworks and ultimately VoiceNation in 2003. Due to the overwhelming success of VoiceNation, in 2009 Jay launched a revolutionary live answering call center, VoiceNation Live, that has experienced explosive growth.

In his capacity as a leader, Mr. Reeder is innovative, forward-thinking, smart and ambitious. He creates organizational cultures where staff can grow and excel – and a place for staff to be passionate about what they do. A compliment to his leadership style and thought, Mr. Reeder was acknowledged on Glassdoor’s 2014 list of “The 20 Highest Rated Telecom CEOs To Work For”. He is a leader who inspires, encourages, and offers opportunities to make the world a better place.

That world view of making the world a better place and helping people to succeed and grow dominates every aspect of his life. Jay is heavily involved in missionary efforts to improve the quality of life for those living in developing nations. Aside from mission trips, Jay formed Voice4Nations, to raise awareness of global issues and empower individuals to make a difference. On a local level, Voice4Nations works with the homeless community of Atlanta by donating time, computer access, food, clothing and necessary hygiene items. On a national level, Voice4Nations fights against the harmful effects of bullying with its Anti-Bully Initiative. Then on an international level makes tremendous efforts to end the global water crisis.

Out of Voice4Nations came Georgia CALLS in 2015, a nonprofit organization that helps returning citizens just getting out of prison to get back on their feet with a job, spiritual growth classes, counseling and high-level functioning development in an immersive classroom environment. Jay currently serves as Chief Catalyst as well as Chairman of the Board for Georgia CALLS. He is also serving as Chairman for SAFFT and other industry organizations in the region.

Mr. Reeder has been happily married for 16 years and in his spare time runs a Georgia alpaca farm with his wife and three boys in North Georgia.