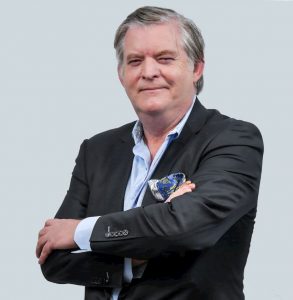 Raised in a small fishing village on the shores of Loch Fyne on the West coast of Scotland and educated in Glasgow, Graham Taylor has 25 years of computer systems and networking experience. Early in his career, Taylor worked on the financial details of the buyout of World Publishing, then the largest U.S. publisher, to make Collins Publishing the largest book publisher worldwide. The company is now known as HarperCollins Publishing Ltd. Recognizing the power computers would have in business, Taylor joined Cameron Communications as a systems analyst after obtaining a certificate in programming. He helped create one of the world’s first multimedia experiences by marrying IBM Corp.’s first personal computer with videodisc machines and a touch screen, and installing them in 3,000 of IBM’s retail centers in Europe. Taylor then moved into computer networking implementations with Clydeforth Ltd. of Glasgow. He spent 10 years setting up large networks for retailers throughout Europe, and moving up the executive ranks.

Taylor landed in the U.S. in 1999 when he married an Atlanta attorney specializing in child support and family law. Soon after his arrival Taylor became operations manager for Atlanta Voice Mail, where he doubled revenues within his first year and met up with Jay Reeder. Together they launched Voiceplus and in 2003, VoiceNation.  In 2013, Taylor attained his United States Citizenship.

As co-founder and Vice President of Operations for VoiceNation, Taylor is responsible for the company’s high level of customer care. He also guides new product positioning for the fast-growing company. “We’re really selling solutions and getting a great reputation as problem solvers,” said Taylor. “We’re incredibly light on our feet and can change our tactics instantly to develop new products. No other company does their own development in house or can develop new solutions in just a couple of days.”

When not solving problems for customers or dreaming up new products, Taylor can be found expanding his artistic talents. He has a bachelor’s degree in photography from Glasgow College, and is a classically trained baritone who occasionally can be found playing the guitar in Atlanta pubs. Otherwise, one can find the Le Cordon Bleu trained chef whipping up a hearty meal in his kitchen or helping his wife to operate their non-profit dog rescue. Taylor is married and has an adult son and two grandchildren.